The most frequent malignant thoracic tumours are usually lung tumours, either primary or metastases from other tumours. Depending on the type, location and extent of the disease, this type of tumour may need treatment with surgery, radiotherapy and chemotherapy, immunotherapy either exclusively or combined.

Radiation therapy plays a fundamental role in lung cancer treatment. It can be used as an alternative or complement to surgery in initial stages, and it can be combined with chemotherapy in locally advanced stages. In cases of patients with pulmonary metastases that could be operated on, due to their small number of lesions and good condition, radiation therapy is again an alternative to surgery. Radiation therapy can also be used as a way to alleviate symptoms such as pain, bleeding, etc., in patients with very advanced disease.

The great precision of Intensity Modulated Radiation Therapy (IMRT) in any of its variants, the step and shoot or the Volumetric Modulated Arc Therapy (VMAT), together with a daily verification of the treatment through Imaging Tests (IGRT) to administer a dose that can eliminate the tumour and at the same time protect the surrounding healthy tissue as much as possible, it allows to simultaneously administer different doses in different areas (simultaneous integrated boost or SIB). It also allows to increase the dose per fraction by reducing the number sessions (Hypofractionation). In indicated cases, the Stereotactic Body Radiation Therapy (SBRT) technique can be used with very few sessions (from 1 to 5), such as in lung cancer in initial non-operable stages or in patients with 1 or more metastasis. 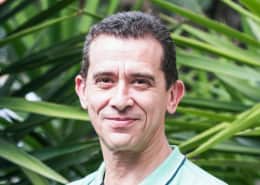 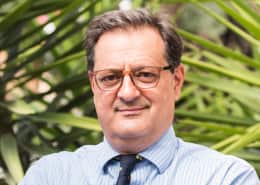 Back to types of cancer
Sarcomas